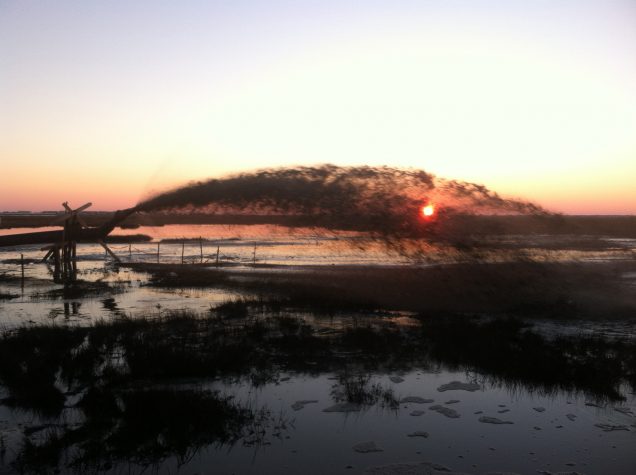 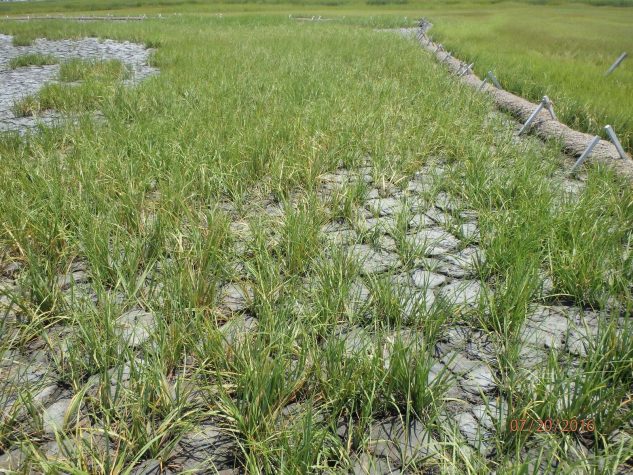 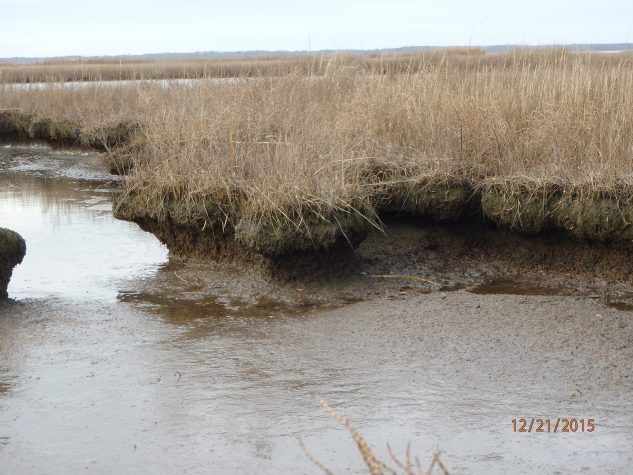 The salt marsh at the Avalon Project site is part of the Cape May Coastal Wetlands Wildlife Management Area and unfortunately these marshes are suffering from subsidence, or marsh drowning, as evidenced by collections of pools and salt pannes and the prevalence of low vigor vegetation. These are signs of historic and ongoing conversion of functioning vegetated salt marsh to open water. Furthermore, the marsh is also being impacted by severe erosion, as evidenced by the dramatic loss of marsh edge. The net effect of subsidence and erosion is the loss of functional salt marsh habitat and consequently a loss of critical ecosystem services that are normally provided by healthy marshes. This restoration project aims to arrest the subsidence-based marsh loss at the project site by filling interior areas of open water and increasing marsh platform elevation by placing dredged material pulled from the NJ Intracoastal Waterway (NJIWW).

After three months of construction, the project team managed to raise the elevation of ~35 acres of degraded salt marsh by placing ~46,000 cubic yards of dredged sediments from the Intercostal Waterway. An as-built survey was performed in early March 2016 and additional surveys have were performed in July 2016 and Spring 2017 to understand rates of dewatering and consolidation. The newly placed material will be planted in the spring of 2017.