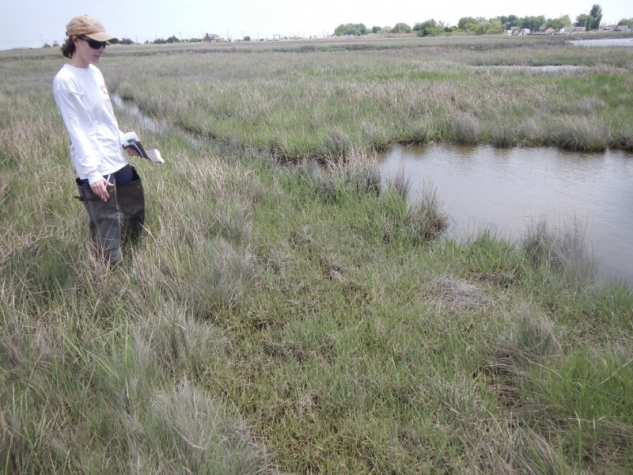 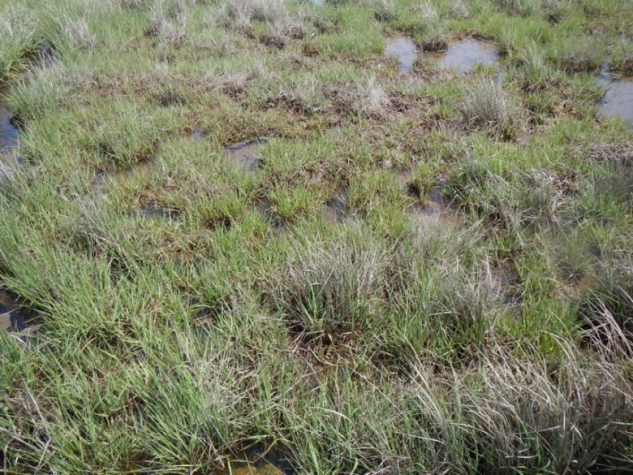 The salt marsh at the Fortescue project site is part of the Fortescue Wildlife Management Area (FWMA) and unfortunately its subsiding, as evidenced by collections of pannes/pools and the prevalence of low vigor vegetation. These are signs of past and ongoing conversion of functioning vegetated salt marsh to open water. The project site is also suffering from severe erosion, as evidenced by the retreat of its shorelines and the degraded condition of the dune, which protects the salt marsh. The net effect of subsidence and erosion is the loss of functional coastal habitat and the consequent loss of associated critical ecosystem services. The project team proposed to restore the site through: 1) the placement of a thin layer of sand/silt over 22 acres of salt marsh behind the dune to increase marsh elevations and thus marsh resilience to subsidence/sea level rise, 2) the concentrated placement of sand to rebuild 1,350 linear feet of coastal dune that has been damaged by Hurricane Sandy and chronic erosional forces, and 3) the placement of sand to restore 4 acres of lost beach habitat for horseshoe crabs.

The project has been partially constructed. By the end of April 2016, sediment had been placed over 22 acres of salt marsh and 4 acres of beach replenished. The construction of the dune is being completed during the Winter of 2017. In total ~37,000 cy of sediments, from ~4,000 linear feet of Fortescue Creek, will have been used for the restoration work. As-built surveys will be performed when all placement work is complete. The newly placed material on the marsh and dune will be planted in spring 2017.