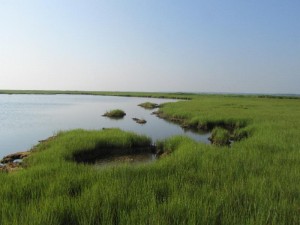 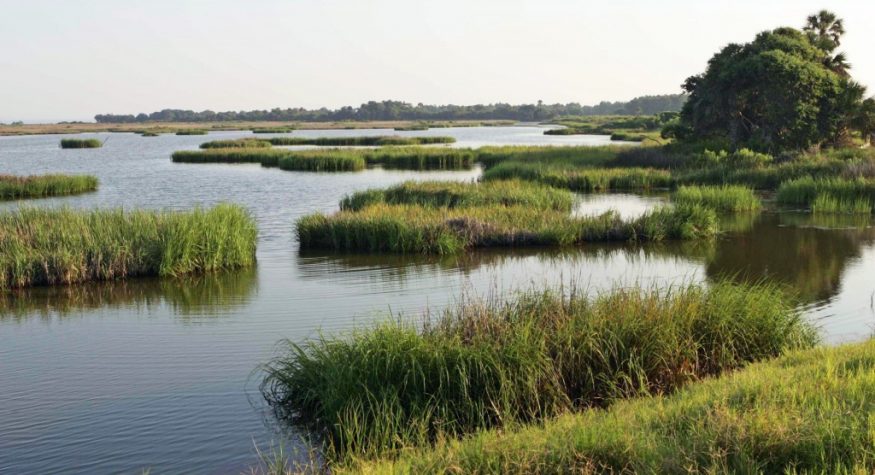 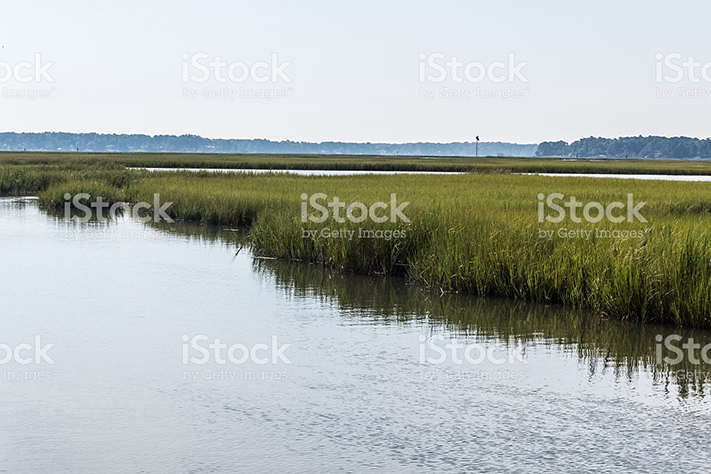 Salt Marsh Restoration through the Beneficial Reuse of Dredged Material

For the past year GreenVest has been working alongside The Nature Conservancy, New Jersey Division of Fish and Wildlife, GreenTrust Alliance and Princeton Hydro to plan and implement a series of salt marsh restoration projects that employ the beneficial reuse of dredged material. The beneficial reuse of dredged material refers to a suite of ecological restoration techniques that make use of dredged material as a source of sediments for project work. These techniques have been employed for decades along the Gulf Coast and in other parts of America, and now, in concert with our project partners, GreenVest is trialing some of these techniques in New Jersey.

Salt marshes are an integral piece of New Jersey’s ecosystems and economies but salt marsh loss is at critical levels in New Jersey. These losses can be attributed to many phenomena, not the least of which is marsh subsidence. Marsh subsidence occurs when local sea level rises at a faster rate than marsh accretion, the process by which a marsh builds elevation through inputs of new sediment and organic matter deposition. When sea level rise outpaces marsh accretion the marsh will sink. Marsh accretion in NJ is often compromised by reduced local sediment budgets. It has been standard practice in NJ to dispose of sediments that are dredged from waterways offsite. They are typically stockpiled in confined disposal facilities that are located upland from the waterway being dredged. This removes sediments from the ecosystem that would have otherwise made their way to local marshes through daily tidal inputs or storm events. The beneficial reuse of dredged material has the potential to mend this disconnect by reconnecting local marshes to local sediment supplies while still maintaining waterways for navigation.

GreenVest and its project partners have now completed two demonstration restoration projects in southern New Jersey and have two more projects in the planning stages. Both demonstration projects were implemented in partnership with the Philadelphia District of the US Army Corps of Engineers and in both cases material was dredged from the Intracoastal Waterway, transported via pipeline to a salt marsh proximal to the location of dredging, and broadcast over the marsh through a specialized spray nozzle to achieve a thin layer application of sediment over the marsh plain. The first demonstration project is located at Ring Island in Middle Township, NJ in the back bays behind the barrier island of Stone Harbor. In August of 2014 sandy sediments were placed in a thin layer over a very small trial area of marsh at depths ranging from less than one inch up to eight inches. The second demonstration project is located at a salt marsh in Avalon, NJ. In December of 2014 dredge material was placed in a thin layer over vegetated marsh plain and also was placed in low-quality expanding pools in the marsh interior to raise their elevation and facilitate the restoration of healthy marsh vegetation.

GreenVest and project partners are carefully monitoring both projects to track the marshes’ responses to the placement of dredged materials. GreenVest is monitoring changes in marsh elevation and tidal inundation for comparison with data on vegetation health and wildlife usage that are being collected by project partners. These data will allow us to quantitatively describe the results of these beneficial reuse trials. In July 2015, GreenVest set up experimental planting plots at our project site in Avalon to compare rates of revegetation between areas that have been planted and areas that have not been planted. Existing vegetation in areas that have not been planted is expected to grow right through the thin layer of sediment that was applied back in December; however, planting should facilitate revegetation of the marsh plain by stabilizing newly placed sediments for new growth and contributing to seed capture within the placement area. This experiment is being carefully monitored.

GreenVest is currently planning two more beneficial reuse salt marsh restoration projects in New Jersey using lessons learned so far from the first two demonstration projects and from our staff’s experiences with beneficial reuse to restore lost salt marsh islands in Jamaica Bay, NY. These projects are at a larger scale than the first two and provide even more opportunity for learning how these restoration techniques benefit salt marshes. GreenVest brings our technical expertise and 20+ years of successful wetland restoration to the table when planning and designing these projects. GreenVest is tracking technical lessons learned on the implementation of this technique which is so new to New Jersey. GreenVest is excited to be an integral player in the first projects of this kind in New Jersey and we are confident that the beneficial reuse of dredged material for ecological restoration is the way of the future for both dredging and ecological restoration. As a company, GreenVest is dedicated to staying “One Step Ahead” and these unique projects are keeping us at the leading edge of the ecological restoration industry.

If you would like to learn more about beneficial reuse of dredged materials for marsh restoration, your organization is in search of a placement site, has a suitable placement/restoration site or would like assistance with designing a marsh restoration project please contact Mr. Damian Holynskyj at Damian@greenvestus.com.