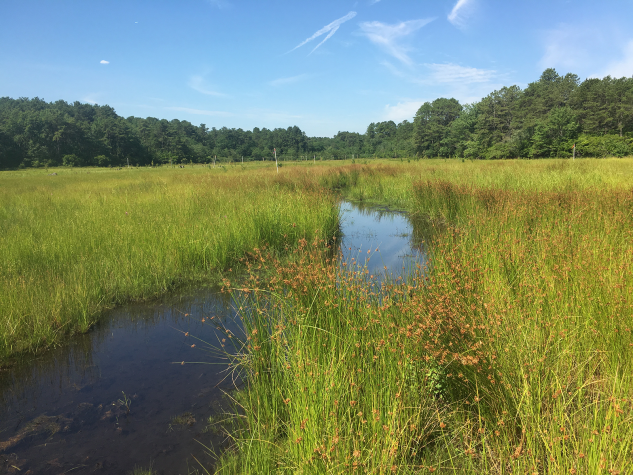 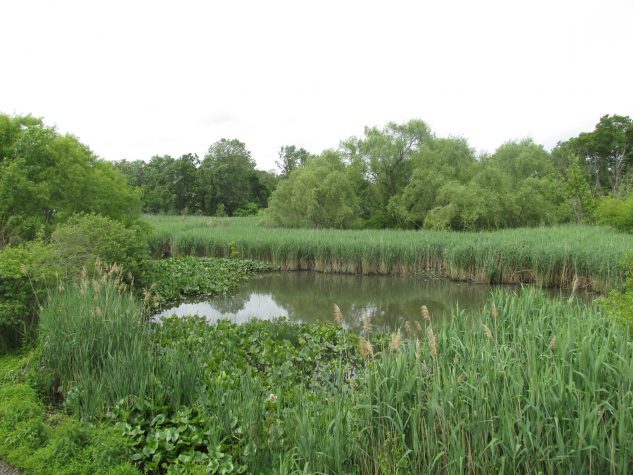 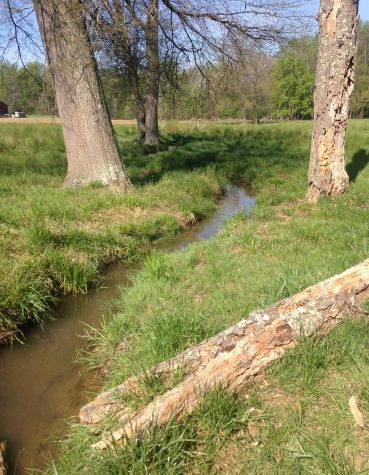 GreenVest is dedicated to restoring stream and wetland ecosystems through designs focused on achieving targeted ecological lift and systemic function. One of the many ecosystem services of a wetland is a supportive habitat utilized by many different species of plants and animals, allowing for a highly diverse ecosystem. Among the most pressing issues, the destruction of wetlands in the United States and the loss of habitat for vulnerable wildlife are some of the top reasons restoration is so important! Many unique critters call GreenVest project sites home, including bog turtles and the Pine Barrens treefrog, and they all serve as markers of a successfully restored ecological community.

The River Valley Ranch Stream Restoration Project in Carroll County, Maryland has provided a home for brook trout and the critically endangered bog turtle. The bog turtle is the continents’ smallest turtle and requires a diverse, unpolluted habitat. Their presence is a great indicator of a healthy ecosystem. Brook trout are another ecosystem health indicator species as they will not survive and reproduce in highly polluted waterways. Their presence at our project site in Carroll County is a compliment to the restoration work completed there and the stable habitat it provides.

The stream restoration project at Bacon Ridge Branch in Anne Arundel County, Maryland is teeming with animals such as turkey, blue heron, and yellow perch. Yellow perch have stable populations, but their numbers have ultimately declined due to freshwater stream pollution, which affects their spawning success. The project is expected to be completed later this year. Seeing so much wildlife living on and around the project site before construction is even completed is a good marker of a well-functioning, sustainable habitat that will only continue to improve as time goes on.

The Mullica River Mitigation Bank in Burlington County, New Jersey is home to the Pine Barrens treefrog and the timber rattlesnake. The Pine Barrens treefrog is listed as threatened on the state level, though its populations are stable nationally. This amphibian is only found in the Florida panhandle, the Carolinas, and New Jersey, with its chief threat being habitat loss. The identification of the treefrog at our New Jersey project site is positive reassurance for the fate of this sensitive species. The timber rattlesnake is also listed as threatened on the state level. As ectotherms, this species hibernates during the winter months and typically den among tree roots along riverbanks, forcing them to rely on stream habitats. Providing both the Pine Barrens treefrog and the timber rattlesnake with an enhanced habitat is one step in making sure the animals’ conservation status does not get any more critical.

The Cranbury Mitigation Bank site in Cranbury, New Jersey is home to both the Fowler’s Toad and the eastern box turtle, both of which are state “species of special concern”. The Fowler’s Toad is susceptible to regional population decline due to water pollution, often from agriculture or industry practices. The eastern box turtles prefer habitats in marshes or near streams, with younger turtles hunting small aquatic species and adults spending most of their time on land. Both species exist within a healthy stream or wetland habitat, which GreenVest works to provide.

Since stream and wetland environments are so rich in biodiversity, it is important that they can self-sustain and support the wildlife that lives there. Habitat function is always a key piece to any restoration design plan, which is a milestone that is clearly seen when successful through the wildlife identified on-site. Our commitment to healthy habitats for wildlife is a proud part of the GreenVest mission.