To close out our Stream Restoration Series, we have one final testimonial from our Senior Project Manager, David.

“Everybody has their favorite place, but many of us in the environmental research or consulting communities will also have their favorite site. Your favorite site is one that makes you happy just thinking about it and excited for the next time you get to go. It’s the site you can’t stop talking about, the one you want to take your colleagues and friends to. It makes you giddy when you get there and anxious for what new treasure you will discover, what new plant species you will find, what new animal you will hear or see. It inspires you professionally and fills you with admiration for the people who designed and built it or, if you designed or built it, tremendous satisfaction that you nailed it. For me, this describes the stream restoration at Elks Camp Barrett.

“When I started at GreenVest, construction was just beginning at the Elks Camp Barrett site. During my first few visits, it seemed like just another site with a badly incised channel, little to no instream habitat, and invasive species dominating the forest floor. The little groundwater that remained in the floodplain soils could be seen dribbling out of seeps along the bottom of the channel that had eroded down to the marine clays that serve as bedrock in the Atlantic Coastal Plain, six to eight feet below the forest floor. What few wetlands remained in the floodplain were being invaded by non-native species adapted to dryer conditions.

“The Elks Camp Barrett site was one of the first stream restoration projects in the Mid-Atlantic to use beaver dam analogues, a restoration technique that is more commonly used in the Rocky Mountains and Northwest. We knew from studies conducted in those locations that using the beaver dam analogues to raise the water surface elevation in incised streams could also raise the local groundwater table around the stream. We assumed the same would be true here, but we didn’t know how far from the channel groundwater levels would be affected. We installed groundwater wells along three transects in advance of the construction crews to get some pre-construction data for comparison. The results, documented in our White Paper, were astounding. Those dry floodplain soils soaked up water like a giant sponge. Within hours of completing each structure, the water levels in the channel rose several feet and the groundwater levels followed suit within days. First 50 feet from the channel, then 100 feet from the channel, then further. The last wells in the transects are located up against the valley wall, 300 feet from the stream channel. There too, groundwater levels eventually rose by several feet after the stream structures were completed.

“Now, two years after construction, instead of rainwater rushing through the constrained channel, water flows gently out over the banks to meander through the woody debris scattered around the floodplain. The myriad depressions around the forest floor are filled with different species of tadpoles. Forest Interior Dwelling Species flit through the understory. Schools of juvenile fish dart around in the deep stream pools or hide from hunting herons in the complex mix of branches and roots used to build the in-stream structures. The forest floor is changing too, wetland species like skunk cabbage and sedges return to replace the stiltgrass that had previously dominated and new trees sprout from seeds and stumps and logs placed along on the forest floor. Every time I go there, I see something new, I tell my colleagues about it, I want to take my friends there, I get excited just thinking about it. I didn’t design or build it, but I’m filled with admiration for the folks who did. Everybody has their favorite place and many of us have a favorite site; the stream restoration at Elks Camp Barrett is mine.” 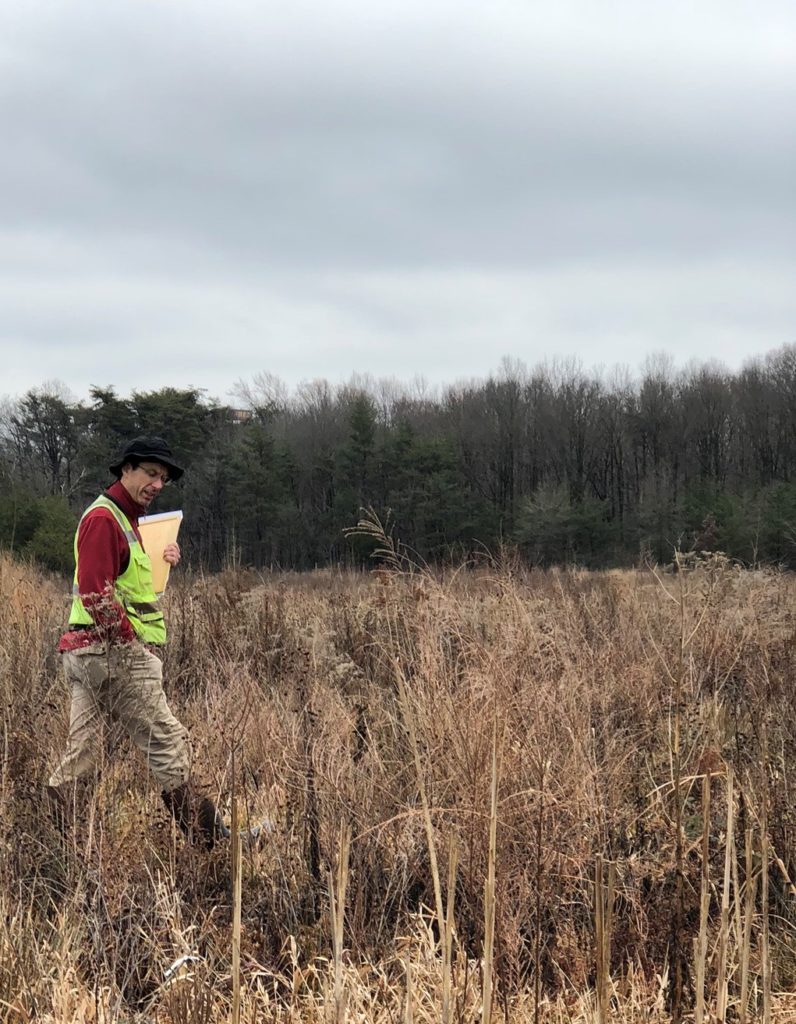 Be sure to check out David’s white paper chronicling our Bacon Ridge Branch Stream Restoration project at Elks Camp Barrett. Thank you for following along with this series. In case you missed our previous posts, we asked our Project Managers and Strategic Partners for insight on their stream restoration experience.